How to Quickly Troubleshoot Your Car's Exhaust System

Suddenly needing to fill up at the pumps more often than before can be caused by a number of problems with your car, but the exhaust system is usually the culprit. If there is a leak in the exhaust, this can allow too much air back into the engine. In turn, it may need to work harder to produce the combustion it uses for power. If this poor gas mileage is accompanied by a sulfur or burning smell from under the car, this often means that the exhaust is leaking. There could also be a blockage in the exhaust system; if something has rusted so that a part of the exhaust pipes have fallen into the airways, this too can make the car's engine work harder than it should.

If your car produces a rattling sound that resembles a box of rocks being shaken up every time you sit idle, this is usually a problem with the catalytic converter. The catalytic converter looks something like a muffler and its job is to convert toxic fumes into emissions that are less toxic by filtering them through the exhaust system. The piece works with a honeycomb-shaped filter and if the converter itself should become clogged or the filter is damaged or clogged, you may hear the unit rattling around as air tries to pass through this part of the exhaust system.

The pipes and other pieces of your exhaust are held in place by hooks and over time, rust can often weaken these connectors and the areas where pipes are joined to one another or other pieces. When that happens, the pipes may not actually break away but you may hear them vibrating and creating a buzzing sound. The sound may get louder as you accelerate and more exhaust is being pushed through the system. Typically you can have the connectors replaced or use muffler tape to wrap around the areas where the pipes are joined to keep them in place until you're ready to have the exhaust system replaced altogether. 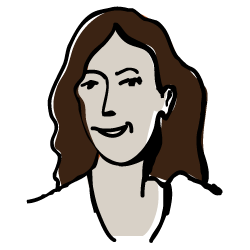 Welcome to my blog. My name is Amy, and I love my car. I have been driving a classic Australian car for years -- I rebuilt most of the engine and do all of the service work myself. In this blog, I am going to share my amazing tips and tricks and hope they improve your life. I'm a thirty-one year old entrepreneur and stay-at-home mum. I love reading, science fiction in particular, but you can find me with the full gamut of things from car mags, to the entertainment section of the paper, to the occasional cyber romance poetry and random blogs.